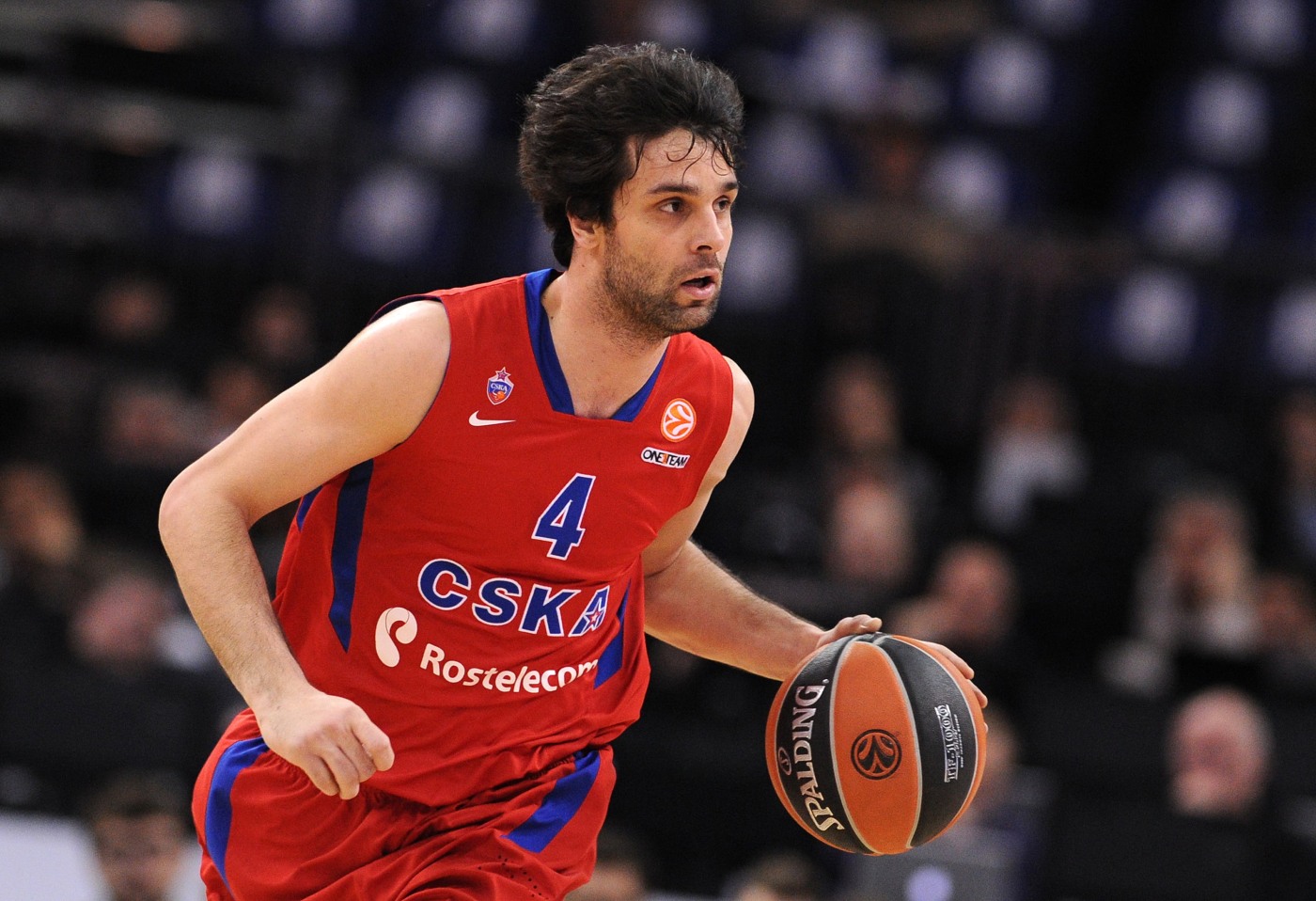 Vitoria, Madrid, Barcelona, Milan, Bamberg, Belgrade, Kaunas, Moscow, Kazan, Tel Aviv, Athens, Piraeus, Istanbul. Thirteen cities, sixteen teams, one Champion. The new age of European basketball has started, devoted fans around Europe are already delighted by the first weeks and the incoming fireworks seem to contain tons of magic – although, in all fairness, we are on the other side from «where amazing happens».

The genes that categorize a movie as “extraordinary” are the elements adding the extra amount of magic which don’t let the viewer from realizing that time has passed. Imagine Christopher Nolan’s outstanding «Dark Knight»; what this movie would be without Heath Ledger’s psychopathic acting, Michael Caine’s British mucus moments and Christian Bale managing to ascribe Batman’s mortal subsistence. The exact same thing is valid for Euroleague; a competition held in a continent with a deep basketball tradition has its own magic elements which allow the «extraordinary» to take place:

After six dissapointing Final Four presences, the Serbian maestro reached the Promised Land in Berlin where, finally, he managed to acquire the Euroleague trophy. His curse lasted 9 years and despite his high-level performances during the regular season he failed consecutively, making a lot of observers extremely doubtful of his leadership and his ability to handle pressure. Now, the situation is changed and this is obviously imprinted on CSKA playmaker’s mentality. The preseason games prepared us with a bunch of unbelievable highlights for what was about to come. And then came the season premiere. His performance in Abdi Ipekci against Galatasaray was an eye’s delight, with Teodosic applying to full extent all of his court vision and basketball IQ. What we were left to do was praying that this was just the beginning. Guys, Teodosic assisted a backdoor cut even though he had just fallen on his knees after some body contact.

After China’s profitable experience, the American shooting guard from Stone Mountain, Georgia is back in town. He became a Tel Aviv resident, and he is now part of a not ideally balanced Maccabi roster. But Andrew’s pure talent needs no balance to shine. In Euroleague’s first fixture, the Israelis travelled to Milan, looking desperate for a win since coach Edelstein was already under intense pressure. The mission did not succeed, but Goudelock’s magic was as evident as ever. His isolation game was like a snake’s bite. Approaching crunch time, Andrew Goudelock executing his signature pull-up jumpers was like watching Rudolf Nureyev performing with the Royal Ballet in London. Maybe that’s the reason Giorgio Armani watched the game with his sunglasses on. Goudelock’s glitter is a bit too heavy to be sustained.

Tyrese left Ivanovic’s aerodynamic Khimki in order to join Bartzokas and his beloved pace and space philosophy aiming to revive the Catalan pride in Palau Blaugrana. And behind his entirety as a basketball player, there is a secret element that adds priceless moments for Euroleague fans; his hesitation dribble. While watching ex-Boston College’s point guard, one cannot do anything but imagine Rice with a Venice Beach outfit, isolating his personal defender and attacking to the rim like another Wesley Snipes in «White Men Can’t Jump». Although Europe has seen a lot of intriguing hesitation dribblers, Cagri Turhan stated Rice’s status among them in clear words. The only thing to be seen is Petteri Kopponen’s return in action and whether he will prove himself to be a worthy Woody Harrelson.

Growing up watching the Pistons imposing their stony law, not being afraid of limitless body contact both on defense and offense certainly leaves a mark on your basketball style. Being a Detroit native means that someone can survive into traffic, and that is Clyburn’s magic element. Coming straight from Mediterranean Sea’s eastest edge, he left the industrial city of Holon in Israel to join forces with coach Blatt in the rich Euroleague’s fella, Darusafaka Dogus. He introduced himself in a surpassing way with his performance against Crvena Zvezda in Belgrade putting his signature on the road win. What makes Clyburn so special is the combination of his physical gifts with his movement fluidity. When he decides to attack, the way he handles the ball and absorbs every contact into traffic, going all the way to the rim, can be paralleled to a shaolin monk while training, totally concentrated and silent going against a heavy snowfall.

What is like being 17 years old but being able to take decisions as a mature man? It’s like being Luka Doncic. Pablo Laso’s choice not to add a guard in Sergio Rodriguez’s position giving a crucial role to Luka Doncic was one of the most popular preseason topics. The Slovenian provided solid answers to those in doubt with what he did against Olympiacos in the first game of the new Euroleague. He managed to survive despite the Greeks facing him with high-level physicality and forcing him in a position to face several players such as Hackett and Lojeski. What added some extra magic to his maturity-versatility mix? His straight-to-the-point rebound positioning. He finished the game with 5 rebounds (3 offensive) and the way he intruded from the baseline to grab his offensive ones was like a short story coming straight from Maurice Leblanc’s novels for the famous French thief Arsene Lupin.

When coach Bartzokas decided to sign him as a small forward starter back in 2013 everyone was thoughtful. Three years later, Lojeski is one of the best snipers around Europe. His most important characteristic? Punctuality. He seems to be this honest farmboy coming from somewhere in Indiana, working hard all day long, splashing threes after finishing work on the fields; he will always give his best, never letting down those who chose him. Matt always follows a standard procedure; fighting his way through the screens, catching the ball and immediately releasing it with a delightful fluidity, leaving the observer with the certainty that it will end to nothing but net. His signature aeroplane celebration is the common end for Euroleague’s honest boy.

If it was for cartoonizing basketball players, it wouldn’t be difficult to find Shane’s parallel. He is definitely the Road Runner of European basketball courts. Coming straight from Brooklyn after a year with Nets, he joined Baskonia to be the floor general in Vitoria’s high tempo basketball. After a few Euroleague weeks, Larkin has already managed to perform his speedy style against guards with tons of European experience. The way he accelerates, decelerates and changes directions finding his way to the rim is not a human nature element. It surely contains some cartoon magic and the most certain thing is that Shane Larkin is going to outplay a lot of Europe’s most known Will E. Coyotes.